Star Wars unites a world in this galaxy.

Russia. Spain. Taiwan. First, the email came in from a colleague if I could assist a filmmaker in Spain to register his film in the United States. That was followed by a university in Taiwan that wanted to license Justice Is Mind. As the week drew to a close a distributor in Russia approached us about a VOD for Justice in Russia, Ukraine and Kazakhstan.

In the world of filmmaking “chain of title” is critical to establish a variety of documented steps of ownership rights to a film. As a former magazine publisher, I’ve been working with copyright matters for years. Sadly, I’ve seen some projects that don’t take this matter seriously. If you don’t have a properly established chain and necessary releases, it can severely complicate matters when it comes to dealing with a distributor. The chain starts with registering the script. Believe me it’s worth the fee.

Justice Is Mind. In Berlin, Germany a Russian agent secures the FVMRI technology from Dr. Pullman.

The next chain of events this week came when I was contacted by a university in Taiwan that wanted to have Justice Is Mind for their library. Obviously, I was flattered and directed them to the variety of download and streaming options for the film. I even pitched them to screen the film like we did at some domestic universities here in the United States. It will be interesting to follow this development. Perhaps it could serve as a model for international university screenings.

On Thursday we received an offer for Justice Is Mind from a distributor in Russia that wants to distribute our film on a variety of VOD platforms in that part of the world. While I’m still reviewing the agreement, unlike some other recent distributors that approached us, this one appears to be pretty buttoned up. This is when I go back to my magazine experience and a phrase from President Reagan “Trust but verify” when it comes to foreign companies. I don’t say this because of the United States/Russian connection that Reagan was referring to during the Cold War, but from a business point of view with independent verification aka “due diligence.” Because once you sign on the dotted line and transfer the film assets, it’s done.

First World. The Prime Minister informs the President about the secret missions of the Apollo space program.

What has been very interesting for 2015 is how much the film industry has changed on the global stage. Everything from financing to production to distribution has literally taken a 180 degree turn. Some will say for the better, some for the worse. It all depends on your point of view. Film Specific had an interesting take on all of this last week. Their webinar can be found here. But if there is one thing that prevails in all of this it’s marketing. Yes, I’ve written about this before. In my view it’s marketing on all fronts, from presenting new projects to potential investors such as SOS United States and In Mind We Trust, to the continued marketing of established projects such as First World and Justice Is Mind. As I’ve said before, consistency is key for the long term.

Of course while all this was going on, I was patiently awaiting the release of Star Wars: The Force Awakens. I remember sitting in a theater in 1977 and seeing Star Wars come to life. Was it that moment that I wanted to be a filmmaker? I don’t know. All I do know is that with all the issues the world is facing right now it’s great to see a film that brings everyone together in a unifying force to enjoy a medium that the world over appreciates.

In Mind We Trust partially takes place in Russia and Germany. 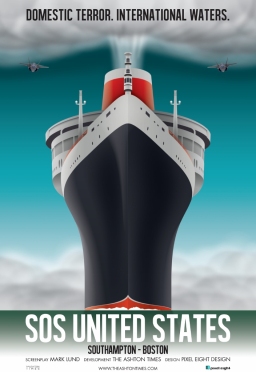